Artistic Director of the European Foundation for Support of Culture

​In 1993 he obtained the Diplome de Fin d’Etudes in pianoforte with distinction at the Conservatoire Regional de Musique in Lyon (France). He pursued his studies at the Felix Mendelssohn Bartholdy Music Academy in Leipzig (Germany) obtaining two Masters Degrees: in Pianoforte under the tutorship of Prof. Christoph Taubert (1994-2001) and Orchestral Direction with Prof. Gert Bahner (1997-2003). He also followed a one-year specialization course in Orchestral Direction with Prof. Uros Lajovic at the Hochschule für Musik in Vienna (Austria).

Since 2014, he is the Artistic Director of the European Foundation for Support of Culture, organising many festivals, competitions and events around the world and often serves as jury member of international music competitions. He is also the artistic director of New Names Malta - National Music Competition. 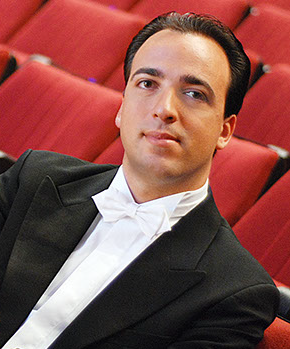 A momentous point in Sergey Smbatyan's conducting career was his debut with the London Symphony Orchestra. In 2010, he conducted the joint Gala Concert with the distinguished artist Maxim Vengerov, for HRH Prince Charles’ “Prince’s Trust” event at Buckingham Palace. The spectacular success of the concert earned it the right to be repeated at Buckingham Palace in 2011, with Smbatyan once again conducting the Philharmonia Orchestra.

The European tour with the Malta Philharmonic Orchestra (MPO) in 2018 is among the conductor’s achievements. In the framework of the tour Sergey Smbatyan and the MPO performed at the Mediterranean Conference Hall, Valletta; Philharmonie Gasteig, Munich; Liederhalle, Beethoven Saal, Stuttgart, Kurhaus, Wiesbaden, Philharmonie, Berlin; Musikverein, Vienna.

Later the same year, the tour continued in the USA, with performances at the Kimmel Center, Strathmore, Carnegie Hall, where the conductor was up the stage for the second time, as well as at the Great Hall of Moscow Conservatory and the Mariinsky Theatre in Russia.

Sergey Smbatyan is the first Armenian conductor and the second Armenian musician to be featured in a Mezzo TV documentary.

Sergey Smbatyan is the artistic director and the founder of 4 local and international festivals, 1 international music competition, 5 exclusive orchestras formed in the framework of significant events, 7 special musical projects and concert series and 7 educational projects.

WCIT World Orchestra, created in the framework of the 23rd World Congress of Information Technology, held in Armenia on October 6-9, 2019 was one of the great achievements of Sergey in a new format aiming at demonstrating the importance of culture in the information technologies.

Sergey is the youngest receiver of the Worker in Arts title in Armenia (awarded at the age of 27) and the first Armenian to be awarded the highest award of the Government of France in the field of art: the title of Chevalier of the “Order of Arts and Letters”, granted by the Minister of Culture and Communication of France. 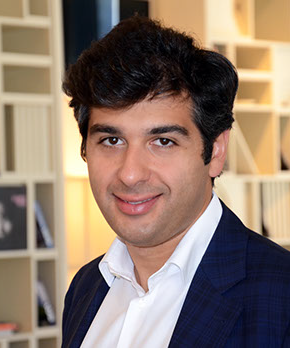