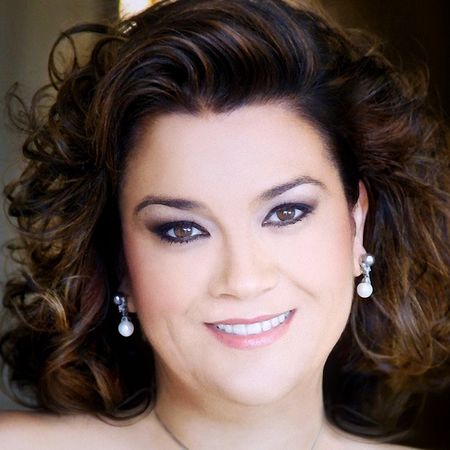 Dr Andriana Yordanova, established soprano and voice teacher holds a Masters in Opera singing and Vocal pedagogy and a Ph.D. in Music, both from National Music Academy “Prof. Pancho Vladigerov”, Sofia, Bulgaria under prof. Ilka Popova as well as a Master degree in Russian language and literature from the Sofia University “St Kliment Ohridski”. She won scholarships for European Opera Thrust in England, Academy “Boris Christoff” in Rome and bursary from “Kraft Jacobs Suchard”. She is a winner of competitions and a member of international judging boards. She took part in several editions of the International Summer Festival in Varna and Sofia Music Weeks, Bulgaria.

Her repertoire ranges from Italian, French, German and Russian operas to operettas, baroque music, Lieder and modern composers. Her roles include Donna Elvira and Donna Anna in Don Giovanni, Fiordiligi in Cosi fan tutte, Contessa in Le Nozze di Figaro, Vitellia in La clemenza di Tito, Micaëla in Carmen, Violetta Valerie in La Traviata, Nedda in I Pagliacci, Mimi and Musetta in La Boheme, Tosca in Tosca, Zemfira in Aleko to Sylva Varescu in Die Csárdásfürstin, Hanna Glavary in The merry widow, Safi in Der Zigeunerbaron among others.

She recorded works of Alexey Shor with Julian Milkis and Giuliano Mazzocante as well as “Stabat Mater” of Euchar Gravina with MPO. Her career brought her from Bulgaria to Egypt, Greece, Germany, Switzerland, Russia, Italy, Austria, Russia, Kazakhstan. Since 2001 she lives in Malta performing in Manoel Theater, Aurora Theater-Gozo, MCC, St John’s Cathedral and many other venues. She was artistic director at the Malta International Music Festival, Head of Yury Rosum Music School and Artistic Director at Opera Studio Atelier Lyrique both in Malta. Dr Yordanova is a judge at International Voice competitions and visiting lecturer at the University of Malta. She acts as independent evaluator of National Qualifications which are being accredited against the MQF. In June 2019 she premiered the song Bejrut of Alex Vella Gregory at the most prestigious Sofia Music Weeks Festival in Bulgaria. In November Ave Maria by the British composer David Lewiston Sharpe was premiered in Malta by Yordanova. Recently she was nominated for the most prestigious Bulgarian award in Music for achievement in 2019 Crystal Lyre. Currently she is teaching voice technique at Johann Strauss Malta School of Music.