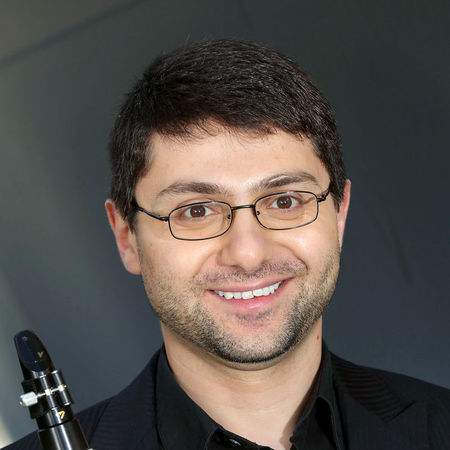 Boris Allakhverdyan has appeared as soloist with the Seattle, Tucson, Bakersfield and Springfield Symphony Orchestras as well as orchestras in Canada, Russia, South Korea, Armenia and Kazakhstan. He has participated in the Lucerne Festival Academy (Switzerland), the Mecklenburg-Vorpommen Festival (Germany), the Emilia Romagna Music Festival (Italy) as well as Mainly Mozart San Diego, Twickenham, Colorado and Britt Music Festivals. Mr. Allakhverdyan is a winner of the Rimsky-Korsakov International Woodwind Competition, Hellam Concerto Competition, the Tuesday Musical and the Oberlin Concerto competitions.

Boris Allakhverdyan serves on the faculty at the UCLA Herb Alpert School of Music as well as at California State University at Fullerton. He previously taught at the Peabody Institute of Music, Pacific Music Festival in Japan, Philadelphia International Music Festival and Interlochen Clarinet Institute in Michigan. He has given master classes at many prestigious schools in North and South America, Europe and Asia. Most recently, he was a member of the jury at the 2019 Carl Nielsen International Clarinet Competition and The XVI International Tchaikovsky Competition.