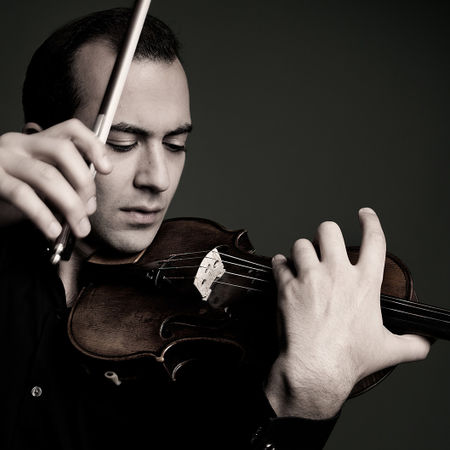 He has performed in many great halls in the world, including Carnegie Hall (Stern Auditorium) in New York, Berlin Philharmonic Hall, in Great, Small and Rakhmaninov Halls of Moscow Conservatory, in Tchaikovsky Hall (Moscow), Victoria Hall in Geneve, Barbican Hall and Wigmore Hall in London, Usher Hall in Edinburgh, Royal Concert Hall in Glasgow, etc.

Haik has been a performer in many festivals like ‘Festival de musique’ of Sh. Mintz,(Switzerland), festival in Verbier, ‘Arts square’ of Yu. Temirkanov (S.-Petersburg), "Crescendo" of D. Matsuev, ‘Moscow Kremlin, Primavera Classica’(Moscow), Tongyeong International Music Festival (South Korea) and others.

His concerts have been broadcasted on TV channels 'Culture' (Moscow), Mezzo, Brusselles TV, Polskie Radio (Poland), BBC radio in London and others.

He studied at Sayat-Nova Music school in Yerevan with professor Levon Zoryan.

Then Haik studied with professor E. D. Grach and chamber music class with Alexander Bonduriansky in Moscow from 1996 to 2000 in Gnessin Music School, from 2000-2006 in Moscow Conservatory.

From 2006-2008 he studied with professor Itzhak Rashkovsky and chamber music with Levon Chilingirian at Royal College of Music in London.