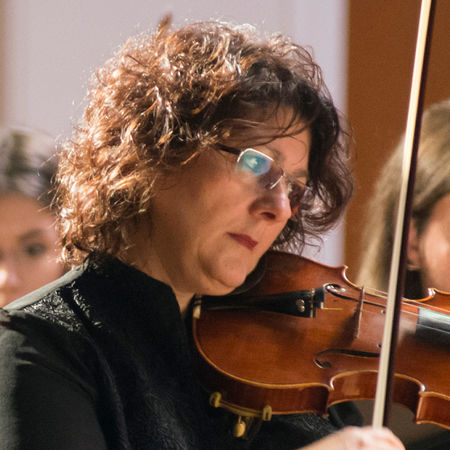 Since she was a child, Marcelline’s dream was always to become a violinst, and join the then Manoel Theatre Orchestra. In fact she did join the orchestra when she was only 17 years of age. Marcelline continued to study in Malta, whilst attending master classes abroad. At the age of 26 she got the post of Leader of the Philharmonic Orchestra, a position which still holds. In this capacity she had the privilege to work with renowed musicians and conductors and had led the MPO to perform in many foreign countries from Europe to China.

In 2006 Marcelline was invited to join the World Philharmonic Orchestra to perform in Paris, under the baton of Japanese Conductor Yutaka Sado, a unique experience which she will never forget.
Marcelline regularly attends Baroque Courses at Marnaves, France under the guidance of Ms Maggie Faultless.

She is a member of the MPO string quartet, and of the Valletta Baroque Ensemble, which incorporates master classes with Ms. Catherine Martin.
Marcelline performs as a soloist, gives recitals, and records both in Malta and abroad.