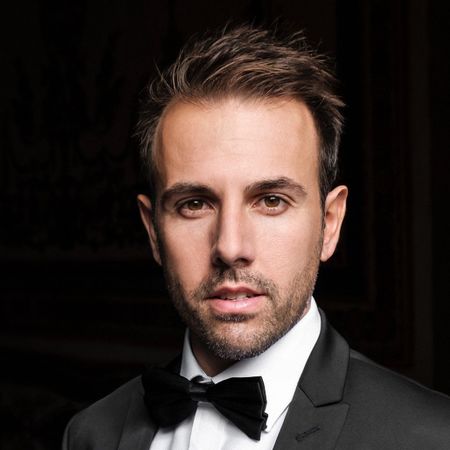 The Maltese tenor Nico Darmanin is now well established in the Bel Canto repertoire, having performed at the Royal Opera House, Covent Garden, Glyndebourne, Welsh National Opera, Scottish Opera, Opera Vlaanderen, the Wexford Opera Festival and the Rossini Opera Festival in Pesaro. Nico Darmanin studied at the Royal College of Music and the National Opera Studio. He made his debut at the Royal Opera, Covent Garden as Danieli  (Les Vepres Sicilennes) under Pappano, a production which won an Olivier award, soon returning as Apparition of a Youth (Die Frau ohne Schatten) under Bychkov which won Best Opera at the South Bank Sky Arts Awards.

His discography includes world premiere recordings of songs by Massenet and Sullivan's Shore and Sea, both with Richard Bonynge, and he has appeared in recitals in the US and Canada as well as recitals at the Three Palaces Festival in Malta and Washington, Messiah with Nederlandse Reisopera, Rodolfo in La Boheme in concert for Kensington Symphony Orchestra aswell as Osiride in Rossini's Mosé in Egitto and Nicias in Massenet’s Thais at the Cadogan Hall for Chelsea Opera Group.

Nico has recently performed the role of Alberto in La Gazzetta at the Salzburger Landestheater and the role of Ernesto for Welsh National Opera on tour.  In 2019 he debuted two major operatic roles with Romeo in Gounod's Romeo et Juliette at the Estonian National Opera and Rinuccio in Puccini's Gianni Schicci at the Tiroler Landestheater in Innsbruck. Later in the season he will be returning to one of his favourite roles, Don Ramiro from Rossini's La Cenerentola for The Grange Festival conducted by David Parry.