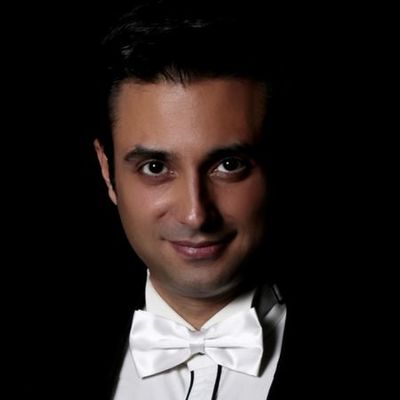 He was born in 1983 in Ankara. In 1995, he won Hacettepe University Ankara State Conservatory Bassoon Department. Due to his outstanding achievements during the school year, he skipped two classes in 1999 and 2001. He graduated as the second in school in 2003. Between 2002-2007, he was the music director of the Ministry of Culture and Tourism, Turkish Promotion Foundation (TUTAV). He represented our country in nearly 25 countries ranging from USA, People's Republic of China, Singapore and Qatar. In 2005, he won the Master's Degree from Bilkent University Music and Performing Arts Faculty. He took part in all concerts of Bilkent Symphony Orchestra for 2 years. He graduated from the Master's program in June 2007 with a High Honor degree.

In November of the same year, he won the exam held by the Çukurova State Symphony Orchestra (ÇDSO) and started his duty. Between 2011-2018, he worked as a lecturer at Çukurova University State Conservatory. In 2012, he became the Director of ÇDSO Polyphonic Children's Choir. With the exam held in June 2016, he became the assistant chief of the bassoon group.

In February 2013 and January 2018, she gave concerts with ÇDSO. In February 2013, he was 3rd in the National Composition Contest organized by “Sevda Cenap And Music Foundation”, where the 1st was not selected, with his work "Anatolian Rhapsody". In 2015, he composed the "Mesnevi Qanooun Concerto", which is the second law concerto written since 1951. In May 2016, he won the 1st place in the 6th Composition Contest of the 15th Mersin International Music Festival with his work called “Hadrianapolis”.

He attended workshops and masterclasses of many conductors. In September 2019, he won the Hacettepe University Ankara State Conservatory Composition and Orchestra Conducting Master's Exam. He continues his education as an orchestra conductor with Prof.Rengim Gökmen.

Eray İnal, who was appointed as the assistant conductor of the ÇDSO Orchestra in October 2020, continues to work as a composer and orchestra conductor.